Getting deep into the Ukrainian culture is important to meet the Ukrainian girl. Knowing the origin and meanings of the names is a significant part of it. So, if you’re interested in marriage with a hot Slavic woman, read this article to find out the most common Ukrainian names. 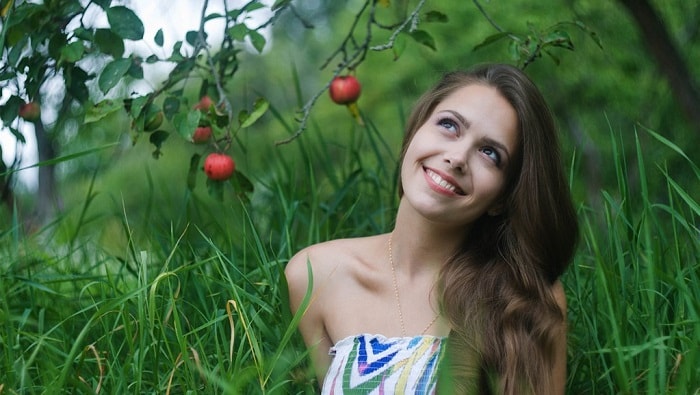 A little bit of history

Ukraine is a cradle of Slavic culture. A hundred years before Christianity, there was an interesting and strange name-giving tradition. It was common to name children according to their appearance or in honor of Slavic gods. The features of animals, plants, and natural phenomena also inspired traditional Ukrainian names of those times. Also, the ancient Slavic names were more like nicknames. They usually demonstrated the habits, origin, or a profession of its bearer.

When Christianity spread to Ukraine, the name-giving traditions changed completely. The pagan names were banned and nicknames gradually vanished. Instead, dozens of Latin, Greek, Tatar, and Hebrew names appeared.

Many centuries have passed, but the ancient foreign names are still popular in Ukraine. Today, Ukrainians try to revive their forgotten traditions. Therefore, it is quite trendy to give the children genuine Slavic names. However, you can meet a girl with a traditional western name today.

Popular Ukrainian names have a great importance for the local religion, which is Orthodoxy. 90% of them are the names of the biblical figures and the saints. Today, the religious meaning of the names has lost its value, but their melody and beauty is the key to a long-lasting popularity.

So, which of the Ukrainian names for girls are the most widespread? 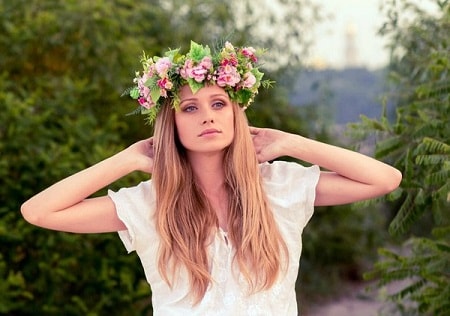 Natalya. The most popular among the Ukrainians and the most famous among the foreigners. Every single western man is familiar with a cute nickname Natasha. It has a Latin origin and means ‘child born on Christmas’. According to this fact, there was a tradition to give this name to girls who were born in December.

Tatiana. This name also came to us from Latin language and its meaning is ‘mistress’. For a few centuries, the Orthodox Saint Tatiana was considered to be a patroness of the students, so today the girls called so are believed to be wise and intelligent. The conversational form is Tanya.

Ruslana. This name is a female version of a man’s name Ruslan. It has a Turkic origin and its genuine form is Arslan, which means ‘lion’. So, if you look for a passionate and strong lioness for dating, the Ukrainian girls called Ruslana are exactly what you need. The common nickname is Lana, however the full version is more popular.

Oksana. This melodic and pretty Ukrainian girl name is extremely popular in the country. It is a conversational form of a Greek name Ksenia which means ‘hospitable’. These women are full of energy, inspiration, and ingenuity. They successfully combine the housework and career.

Irina. This name came to the Ukrainian culture from the Greek language. The original form of the name Erena means ‘peace’. However, these girls can hardly be called the quiet ones. They are communicative, ambitious, and creative. Fun fact: the short form Ira is also a Latin word and it means ‘anger’. But don’t worry, the name bearers have nothing in common with this meaning.

Katerina. This name was extremely popular among the blue blood women in the times of the Russian Empire. Nowadays, it is widespread among all Ukrainian families. Translated from Greek it means ‘innocence’. The Ukrainian girls named Katerina (or Katya in abbreviated form) are cheerful, open-hearted, intelligent, and energetic.

Julia. If you’re looking for a generous, kind, cute, and sincere woman, you surely need to meet a girl named Julia. This Greek name stands for ‘fluffy’ and this meaning is completely accurate. The locals pronounce this name ‘Yuliya’, but in conversations with foreigners, they would not mind calling them in the western manner.

Solomiya. An ancient Hebrew name Solomiya is extremely popular in western Ukraine. It came from a word salom, which means ‘peace’. A cute nickname for the Ukrainian girls called so is Solya, however this version is appropriate only for very close relatives.