Dating an Older Woman: a Guide for Men

The tradition of women marrying men who are much older than them originates several centuries ago. It was this way because of the assumption that younger women will simply feel safe in the company of older women, while the latter will look better in the company of beauties. But times are changing. Nowadays, you can meet a couple in which a woman is not younger than a man, but even older by a few years.

Finding an older woman dating a younger man is still somewhat hard today, but it seems like this type of relationship is more exciting than ever. 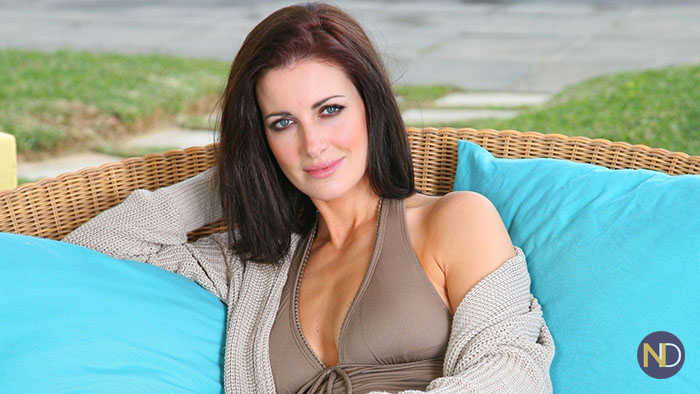 What kind of older women do young men like?

No one is surprised by marriages between young girls and older guys. What to be surprised about? Physiologically, socially, and just logically, this is beneficial. A young woman is ready for childbirth, an adult man will be able to support her. In addition, he is ready to become a father and raise a child. And what about situations when a woman is 5, 10, 15 or 20 years older than her man of heart? Society has not yet become accustomed to this, and for many such a situation causes misunderstanding and it is hard for them to understand and support such a union. Today we would like to talk about this problem in more detail. Indeed, the likelihood that a young man will be able to provide for his family is very low. But on the other hand, in the modern world women have learned to earn on their own, and, most of them, don’t take it as anything special.

It is more difficult when it comes to procreation, and it is not quite physiologically convenient to even think about it. But is it really a matter of procreation, people date for the sake of their love, not children. And love, as we know, knows no bounds. And women, voluntarily or involuntarily, are increasingly moving away from this mission of giving birth to children.

Another process is the infantilization of men; unwillingness to take responsibility also provides an opportunity for such a relationship. There are more and more men who want to see a strong, confident woman as a partner who will solve their problems and direct their stream of love on the right path. Simply put, take responsibility. This is one of the main reasons men are attracted to older women.

Why an adult woman can be more attractive than a young girl? Probably because she knows her worth, knows what she wants from life and knows how to achieve it, loves and respects not only herself but also the partner who is close to her, can provide emotional and physical comfort when she desperately needs it. As for the ladies, they profit from such a relationship in that they can prolong their youth, their passion and desire to live a life to its fullest, the opportunity to educate a man, make him a real knight who is really capable of a lot for the sake of his lady. By looking at the world through the eyes of a young man, an older woman can breathe in the desire to develop and improve by her man’s side.

What attracts guys in older women

Mature women know what they want

Here’s the first and the most attractive thing about dating an older woman. Mature women have already found themselves in life, they have already chosen a path in their life, and they’ve had quite a bit of time to make a few steps on this path. Mature women know quite a lot about themselves and the way they want to see the things around them, they are less unpredictable, they have their own goals and you better believe they are going to achieve them. 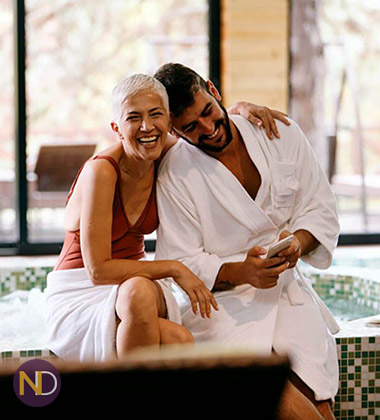 Life experience is a very subjective thing that doesn’t make all of us more intelligent, it all depends on what type of lessons we make and whether or not they apply to the reality around us. But still, if a mature woman is successful and has made quite a career for herself, then it means that she has made quite a few valuable lessons, at least when it comes to ways in which she can achieve success in life. In general, adult women are wiser, they are less wild, you can learn quite a lot of things from them. But remember, if you just cannot seem to stick together, then you have to move on and find someone else in your life. Fortunately enough, there are lots of single women sites you can find online. Thus, finding a single girl online will not be a problem.

Here’s an important thing about an older woman dating. Relations with a woman older - a great opportunity for personal growth. As a couple, we always learn something new about ourselves, but a mature woman helps to really feel her emotions. No tricks are needed with her. There is no need to make her guess - you can just say what is on your mind and it will be the best thing to do. This helps to establish a more stable relationship with the partner and build a mature, reliable relationship that will last for a long time.

They are independent and self-confident

Young women often require attention and public approval, and a mature woman is already content with herself. She does not need to prove something to anyone, she does not seek approval. She lives comfortably. Her confidence and the way she presents herself attract younger men. A mature woman enjoys male attention, but she is not fixated on it - she has other important things in life.

They are more emotionally mature

Older women have lots of life experience, they went through a lot. They know how not to give way to feelings, perfectly control their emotions and behavior. But this does not mean that mature women are boring and do not know how to have fun. For the most part, they also love games and childishness, like girls, enjoy talking and have a great time with loved ones.

They have a refined taste

Some men like the sense of peace that comes from a mature woman. Young women have energy, which they often use thoughtlessly, and not all men are attracted to it. Many young men prefer a more measured rhythm of life. For the most part, mature women choose quiet hobbies: they do their gardening, painting, do something with their hands, and spend the evening in places where you can relax - for example, in a jazz bar.

They are great conversationalists

It is difficult to find a better interlocutor than a mature woman. From the height of her life experience, she sees the world through a different lens. In addition, according to statistics, most women over 30 have higher education. An erudite woman can support a conversation on any topic. She has her own opinion on any issue, and this attracts men.

They are financially secure

It is no secret that men - young and not so - strive for a stable financial position. Most mature women already have an established career, retirement savings, and the habit of paying their bills on time. In general, men, sometimes, also want to feel secure.

Perhaps this will sound rude, but not every man wants to take responsibility for raising children. Most mature women have adult children who live separately from their mothers. This allows a man and his beloved to concentrate on each other and devote themselves entirely to their love. Some men are too selfish and do not want to share the attention of a beloved woman with her children.

She can be a "mommy"

We just cannot go on without mentioning this important aspect of relationships with older women. They have a lot of life experience, they are more rational, less wild, they have seen life and went through a lot. If a woman has experience in raising children, then she can become a motherly figure to a man that wants to assert himself in life, a man who doesn’t really have a place and life and needs someone else’s support.

A mature woman has mastered the culinary art to perfection. She can cook anything and it will, most likely, be quite delicious. Girls spend less time in front of a stove, often eat in restaurants and cafes, or order dinner at home, while older women like to cook for their men. They also love that the whole family gathers at the table to eat something homemade and very tasty.

Let’s say that you are now very much interested in the idea of dating an older woman, but is it so easy, can you just go on and start dating the first adult woman you meet? Well, maybe, but if you want to increase your chances of success, then you should adhere to the following dating an older woman tips. What should you know about older woman younger man dating?

Don't be too emotional 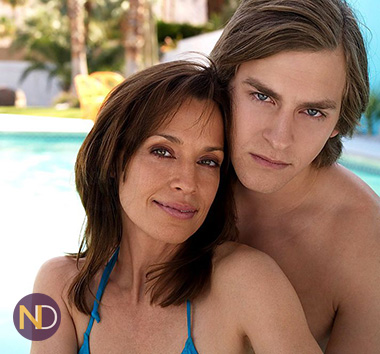 Don't even think about controlling her

Here’s a thing you should know about an older woman dating a younger man. It’s about control. Sure, we all learn things in this life in our own way, one’s age is not always the defining factor behind how wise and intelligent they are, but, age certainly contributes to one’s ability to understand how the world works. Thus, it is very unlikely that she will allow you to control not only her, her actions but the direction of your mutual life in general.

An older woman most likely has her own career, on which she spent a lot of tireless years, sweat, and tears. And thus, she has her own goals, her own interests, her own way of perceiving life in general. If you feel like you are going to change her, adapt her to your liking, then you are mistaken.

Always be interesting to her

You should give her something that other men can’t give to her. Older men are a bit too boring, too centered on their work, they’ve somewhat lost their passion for life, that wildness that is so exciting in young men in the eyes of adult women. Sure, you always have to be yourself, this is the easiest thing you can do and you are very good at it, but you should make sure that she finds you interesting, otherwise, what’s the point?

Learn how to surprise

Any relationship, no matter how passionate its beginning was, loses its steam down the line, and it becomes less interesting as it goes on. But, while you get used to your partner being near and it becomes somewhat less exciting every day, no one ever said you cannot make it a lot more interesting without putting that much effort into it. There are a lot of different ways to make your relationship more exciting, and it all depends on the type of character your mature woman possesses.

While it is unlikely that you are going to lead a relationship and be the de facto leader in your union and she is wiser than you, this doesn’t mean you cannot be yourself and lead your own life. This will only make you look more interesting to her, it will make you look more self-confident and complete, in a way.

Now that you know what attracts men in older women, what are the benefits of such a relationship, the things you need to know about dating a woman older than you, and you know where to go to meet these beauties, you are finally ready to go out and meet the woman of your dreams.