What Is Cuffing Season and What Are the Rules of It?

You've probably felt it a couple of times in your life. Most likely, you are feeling it right now. Especially, if the word "couple" makes you shiver or gets you a little bit upset. As you don't have someone near you. You see thousands of couples passing you by, while you are walking on your own. You feel an extreme need to have someone near you. You are desperately lacking body heat. You feel like you are freezing and fading from your loneliness. Well, hopefully, you are not a cyberchondriac, as you may be at risk of looking up your symptoms on the Internet, only to learn that you are most likely already dead. On the other hand, being cyberchondriac most likely has brought you here.

Well, you don't have to worry about your symptoms. They are signifying neither the fact that you are sick nor that you are dying. You are simply missing out the cuffing season. What's cuffing season, you may ask. Well, continue reading to find out more about cuffing season and its rules that you most likely don't know as well.

What Is Cuffing Season?

When you are trying to define cuffing season, you can't help but feel a bit ridiculous. Like, come on, is it a real thing? Well, believe it or not, but it is real. So, what is cuffing season? In a nutshell, cuffing season is the time when people come together to struggle with cold and loneliness. Now, the term cuffing season seems even more ridiculous than it did before. Don't bother, it's going to get more ridiculous. But the fact that something is being ridiculous, doesn't mean that it doesn't exist. You may get the feeling that cuffing season is something artificial, and to be fair, you are closer to the truth than you might have expected. This phenomenon is partly caused by the holiday season frenzy. Nonetheless, cuffing season can also be explained biologically and socially. In any case, it's the reason why single people push themselves into a relationship during cold winter months. While not the common law, there is a schedule. But let's talk about it a bit later. First, let's figure out where the term is coming from.

The Origins of Cuffing Season

If you get the feeling that you've never heard about cuffing season before, you are right on point, as officially less than ten years old. It actually entered the Urban Dictionary only in 2011. According to the Urban Dictionary, cuffing season is the period that starts in fall, when people who generally single or promiscuous, being under the influence of long winter nights and boring indoor activities, feel the desperate urge to get "cuffed," in other words, to get into a romantic relationship.

Anyway, nobody noticed that term, when it finally was included in the Urban Dictionary. The term started gaining popularity in 2013 after the HuffPost published an article "5 Ways to Survive Cuffing Season." Cuffing season reached its peak in 2018 after the Well+Good magazine proclaimed the term officially. See, you can't argue with HuffPost. And you definitely can't argue with Well+Good. 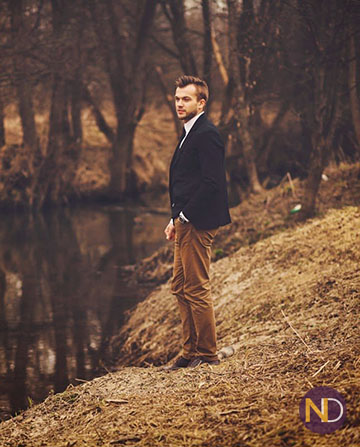 "Curfew! Curfew! It's cuffing season! Lock yourself together with someone you can picture being romantically involved with and stay in your house until we'll let you know that cuffing season is over!"

Yes, things would have been much easier if an alarm like that existed. But, as that alarm is not even invented yet, you need to learn a thing or two about the cuffing season schedule.

So, when does the cuffing season starts? Is it on the 1st of September? Is it before or after Halloween? Which countries have an official start in fall and which in winter? Well, while we don't want to disappoint you, we are going to do that. Despite the fact that Cuffing season is official, it doesn't have an official start and end date. But according to thousands of memes that you can find on the Internet, cuffing season starts in late August and end in mid-February or by early March.

If you are single or promiscuous, you should start looking for the prospective partner to spend the season within late August. The deadline is mid-September, otherwise, you may be left absolutely alone during the cuffing season. You should start developing your romance by mid-October to spend the prime time (from early November to early February) together.

The season may come to end abruptly, as closer to Valentine's Day you may start thinking about your typical promiscuous habits. But even if you believe that your relationship will work out, most likely all that romance will fade by early March, as the warmer weather wipes away all the illusions, and you realize that all you needed was someone to pass those cold months with.

Now, after learning that cuffing season is real and after learning its scheduling, it's time to learn the unwritten rules of the cuffing seasons. Knowledge of the rules is extremely important, as without knowing them you can easily run into trouble. While you may be expecting something as obscure as cuffing season schedule, actually its rules are quite strict. So, let's figure them out without further ado.

1. Pick Someone That Compliments You

While you may opt for your typical summer bravado and try to win someone's heart, it's not something that you should do during the cuffing season. You need to pick someone with whom you can spend a few cold months together, and those few months must be cozy. That's why the easiest prey works the best. You should opt for someone who compliments you, who is definitely interested in you. Being picky may cost you spending the cuffing season on your own.

While you need to remember that cuffing season is temporary, and most likely you would start wondering why on earth you've spent those five to six months together by the end of the season. That's why must disallow yourself to get attached. Your winter cuddling produces oxytocin, and generally, we tend to hold on to those who help us release the hormone of happiness, but you must keep in mind that most likely by Valentine's Day or by the early March your cuffing buddy will be nowhere around. While you may say that it is rather a cynical approach, you can never be sure who'll be the first to go – you or your cuffing partner.

While we warned you not to get attached, it doesn't mean that you shouldn't be available for your cuffing buddy during the season. There is no reason to play your usual cat and mouse game. Mind that you're both stuck in the cuffing season, which means that you need to care for each other during this period. So, pick up the phone when they are calling you and text them back when they text you. Also, be ready to hang out with your cuffing partner at least once a week.

You know how addictive cuddling while watching movies during cold winter nights can be. That means that you are at great risk of starting thinking about the future. Let's put it that way – no one is saying that your relationship must end with the end of the cuffing season, but it mainly happens that's away. That's why you need to be careful with addiction. You may not be on the same page, so there is no need to force a romantic relationship on someone who may not be that interested in you.

5. Don't Post Pictures Where You Are Together on Social Media

You know how painful it can get when suddenly Facebook reminds you that one year ago you were together with your ex at some party. Same goes with your cuffing season partners. Not that it is painful, but you may feel ridiculous. You need to remember that your relationship is most likely to end by spring. So, there is no need to force a relationship on each other via social media.

Now, after learning all the unwritten rules of cuffing season, there is another thing that you need to remember. Getting together during cuffing season is the short-term solution to combat loneliness during a cold winter night. Mind that this short-term solution that cuffing season is, may turn into a long-term problem. You need to make sure that you and your cuffing buddy are on the same page. You are going to have a lot of fun during the Christmas period, but it doesn't mean that you are invited to the family meetings of your cuffing partner on Thanksgiving and Christmas. You shouldn't invite them randomly to your family meetings. Discuss your plans beforehand, and if you are not taking your relationship seriously, don't give your cuffing body a possibility to think of it as of something serious. Otherwise, you may run into a lot of troubles.