Everybody may agree that one of the truly uncomfortable things about romantic dating is the moment when you have to turn a potential date down really easily, particularly because there is absolutely nothing easy about doing so. More often than not you won’t know when you are going to turn a girl down after having asked her out. But when it finally happens, it will catch you completely off guard causing you to act in an awkward way, say tons of stupid things, or even hurt the girl unintentionally. So, with that in mind, we’ve prepared the following article on how to say no to a date nicely and those tips will be pretty much useful to be constantly kept in mind and will make you prepared to handle the situation flawlessly when you’ll need to cancel a date.

How to nicely say no to a date: Essential steps

Although it might be quite flattering to cancel a long-planned date, there can be certain occasions that will make you wish to call off an appointment. And, of course, you will want to handle the refusal in a polite manner to spare the girl’s feelings. Having considered a few really simple steps on how to say no to a date, you can turn down the meeting gracefully.

While politely declining a date might seem a complicated procedure, making up a fake lover or telling lies about your nonexistent weekend plans is completely uncool and is guaranteed to eventually make you look bad. In this case, make sure to express that you are flattered, but not interested. And, as we are actually talking about honesty, avoid saying yes simply because you feel sorry for the person. Remember that you are in no way obliged to go on that date with that very woman! And though being turned down right away might be a bitter pill to swallow for the rejected side, it will make a much better move than just wasting both your personal time and leading the girl on.

2. Do not hesitate to thank her

Remember that it took a lot more courage for the girl to say yes. If you genuinely appreciate her for having agreed to go out with you, thanking the girl will definitely soften the blow of your sudden refusal.

3. Try to dish it up as a “compliment sandwich”

Perhaps the best way of rejecting a woman or someone you already know well enough is to couch your refusal between gentle, kind and sincere compliments. Just let her know in a specific manner why she is unique and special, followed by a soft and polite decline of the date and right back to the positive feedback.

4. Look out for your body language

You may sound clearly and assertively, but, in fact, you can be sending unintended or even confusing messages with your gestures and body language. We’d recommend you that: Do not pull away from the girl, still do not lean in, either. It would be right to keep your arms uncrossed, establish an eye contact and be smiling gently. We understand this one is an awkward moment, but allow yourself to stay relaxed — do your best not to clench your jaw, raise your brow or even worse –flatten your lips in a thin line, which will appear rough and mean. 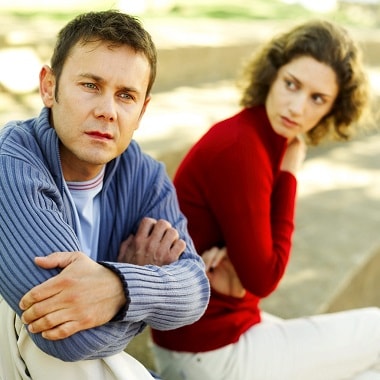 5. Don’t be acting a big mouth

No matter how nervous and anxious you are, attempt to restrain yourself from making fun of the date and the general situation to other people. If you asked her out on a social network or in an email, do not screenshot or anyhow forward the chat to your friends. Everybody is bound to find themselves in such a situation at some point and don’t you find it pretty brave that the girl put herself out there for you? That is why, you need to learn how to say no to a date nicely and respectfully without turning your whole date into some kind of a bad joke, or even worse, spreading it around your buddies.

Turning down a second date can be harder for many reasons. Most people somehow avoid telling their date partners “no” outright. At the same time, if you proceed to do it with a good deal of grace, your girl will certainly accept the fact you may not be wishing to date her and move on. Thus, considering some tips on how to say no to a second date by text and personally can help you walk away with your good reputation.

One of the ways how to say no to a date after saying yes is to lead into the gentle rejection by telling the woman something positive. She will hear something good about herself before realizing you actually mean you don’t want your relations to go on.

2. Try not to make it about the girl

When you come up with a solid reason for rejecting the girl, keep it focused mainly on you or the relations between the two of you. With that said, you are not trying to reject her. Rather, you are just assuming that you two simply won’t make such a good mix together.

3. Wish her all the best

Once you have told her you are not looking for another date, you are free to move on to wishing the woman well in a nice way. You’d better be starting on quite a high note, gradually moving to a negative note, which is rejection, and then end everything on a high note again.

You certainly do not wish to look or sound condescending or mean. To prevent that from happening, try to keep the tone of the conversation as polite and soft as possible. Once you start raising your voice, you will only be hurting the person more.

Even if you have already been on a date with a girl, you definitely don’t need to offer a reason why you don’t want to go on another one. Just understand that the key in this situation is to remain polite and to the point. And you surely do not want to draw it out if you will be saying no this way.

If she appears to be pushing, proceed to make it absolutely clear that there won’t be a second date. You might need to say it louder, block her phone number if she will be trying to call or text, or block the girl on social networks if she keeps trying to contact you. Keep in mind that you feeling comfortable should be the most important thing for the moment and if somebody else makes you feel threatened, it will be more important to stay protected than anyhow trying to sound polite or tactful.

7. Try to tell it in person or via the phone

Emails, messages and phone calls are pretty much convenient and can make it slightly easier to turn a person down since you don’t need to look them in the eye, however, it is also quite difficult to convey your tone. The point is, the other person might simply misinterpret your words and their true meaning if they cannot hear your voice or see your facial expression and body language.

While it seems a lot easier and perhaps even kinder to fib about your unwillingness to go on a second date, making things up has a serious potential to backfire. You may also be highly tempted to stop responding to the girl’s texts and calls, yet that is pretty unfair and is even more hurtful than just telling her you are not interested.

9. Make sure you’re doing it for the right reasons

Think about asking yourself why you’ve decided to say no. Maybe you are open to spending some more time with the person, however something or somebody else – either a friend’s opinion, her social status, some kind of a rumor you have once heard – tends to be standing in your way? In this way, you will be able to clear the air before you step out on the date.

10. Deal with the feeling of guilt

While you think you are graceful in your refusal, your woman might not take it the same and can be possibly feeling a strong negative reaction which can lead to you feeling guilty and wondering if you should have said yes to seem nice. In any case, just bear in mind that her personal reaction is her own and if she decides to react poorly, there’s no way you are responsible for that.

How to nicely say no to a date: Examples 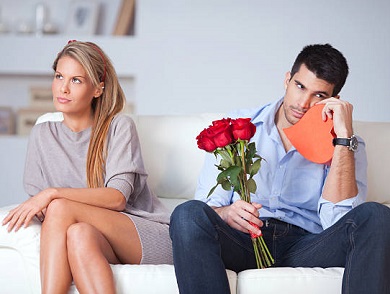 If you’ve finally decided to explain her why you might not be interested in developing your relationship, try to keep the reasoning entirely about you, not the woman. Listing a set of reasons explaining why she does not “measure up” may eventually come off as rude, also damaging her self-confidence to approach other men in the future. That is why, when learning how to say no to a date nicely, you’d want to consider using “I”-based statements. Here you’ve got some good examples:

So, today we’ve reviewed some best steps how to nicely say no to a date. And, no doubt, the most effective one is to refuse in a graceful manner and to thank the woman for everything you had experienced together, complimenting her on how nice it was meeting her. After that, you’ll need to politely turn down the appointment and give at least one truthful reason for your refusal. It is important that you avoid gossiping about the relations with the girl afterwards to demonstrate empathy and respect for her feelings. Topping it all, rejecting a romantic proposal for a date is all about considering a particular situation, its circumstances and acting gently enough to avoid hurting the person’s feelings. Do not sound bad, rude or anyhow uptight and be nice, sincere and straightforward at the same time.