Why Arguing Is Actually Good for Your Relationship

Couples that argue really love each other. This may sound a bit controversial, but those, who sort out their relationship from time to time, make it stronger. Why? The thing is that we believe that relationships should be impeccable, and there’s no place for quarrels in them. That's why we grow up with the idea that someday we’ll meet our ideal partner, and our life will turn into an endless honeymoon. That's why so many people end up alone.

A truly strong romantic relationship is always covered with a thick layer of arguments. There’s no epic love story, which tells about long years of a peaceful, happy family life without a single quarrel. In fact, the most passionate relationships are those in which partners share completely different views on life. But how exactly do arguments strengthen the relationship? 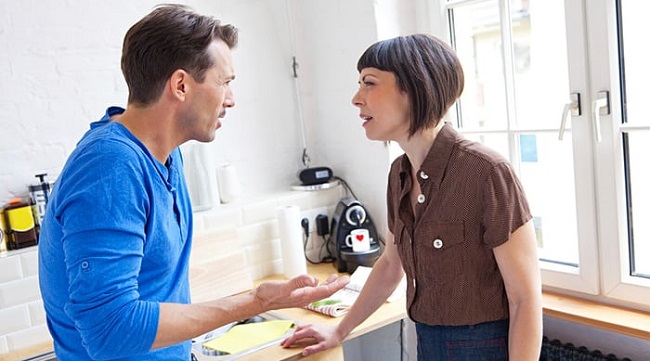 All relationships have some similar traits. It follows that they also have the same causes that lead to arguments and quarrels. Here are seven main reasons that bother couples most.

Sexual life is one of the most common problems in all romantic relationships. Sometimes, this problem is affected by mutual shyness both partners who only begin exploring the intimate part of their relationship. Nevertheless, disagreements on this issue show themselves at the early stages, and they better be discussed at once.

You’ll probably never find two people with the same views on habits and way of life. That’s the main reason why couples argue over small things. A person’s habits may simply seem unacceptable to his or her partner. Besides, this person may actually turn out to be messy. Perhaps he or she doesn’t understand why all the clothes and other stuff shouldn’t be laying around the house. On the other hand, the messy partner may think that his or her loved one is obsessed with cleanliness, which can lead to constant arguments. The secret to solving this puzzle lies on the surface: taking the differences between you and your partner as a fact, you just need to make reasonable compromises with each other. Or you can just continue to argue.

This is an age-old issue that keeps destroying weak relationships. Who earns more? Should I give everything to my wife, or maybe it’s better to keep some cash to myself? What if she earns more, and I want to be the leader in the family? It seems like the answers to these questions will never be found.

Perhaps you like her sister a little more than she does, or your mom is sure that she’s not good enough for you. Or her father is a narcissistic and arrogant loafer with a beer belly, but she still considers him a worthy example for you. Usually, the way you perceive your family and the way your partner perceives it are quite different. And yet, the relationship between our parents often form our own perception of those in general, and it’s important to consider it when building relationships with another person who may have a completely opposite idea of a perfect family. So here’s a relationship advice for couples who argue over their relatives: don’t talk about them at all. 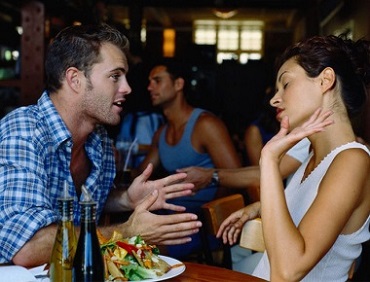 That’s when a person feels the need to blame someone else (a life partner) for all his/her troubles. Not finding the strength to accept their own mistakes, people often resort to transferring the blame to others. Introverts blame themselves more, while extroverts prefer blaming other people. Perhaps this explains why these opposite personalities often stay together, despite quarrels.

If you already have kids, they will always be a reason for arguing. Why do couples argue so much over children? Well, back in the old days, it was the father who decided what is good and what is bad for his kids because the family depended on him. Now, when both parents make an equal contribution to the family, you can only guess who’s in charge. Sure, you can resort to a quiet, rational discussion of this issue, leading to a mutual compromise, or ask your parents to intervene to help resolve the dilemma. Both options are equally possible.

Some arguments aren’t about the facts but about both partners’ interpretation of them. We tend to idolize our past and everything we’ve done. That’s why, when trying to understand what exactly is wrong in our current relationship, we only see our partner’s flaws. This becomes the breeding ground for all conflicts in the future. Why do couples argue? They can’t be honest with themselves.

Why is it okay to argue in a relationship?

Is it ok to argue in a relationship? Yes! Arguments are the basis of productive communication. This is an indicator of our ability to think and take the opinion of the opponent (in this case, our loved ones) into account. At the same time, the presence of opposing points of view and the conflicts caused by them aren’t an indicator of a deep crisis in the relationship. This is just one of several reasons why quarrels make your feelings stronger. Here’s a couple more.

You’ll begin to trust each other more

Conflicts that can’t be resolved quickly scare some couples so much that they prefer to avoid them by any means. People consider such quarrels fatal for their relationship. And it’s a mistake. If you manage to argue without both making things too personal and suppressing your emotions, such a quarrel will only strengthen your relationship. You’ll see it when the battle is over.

Having survived one quarrel, you’ll be less afraid of the following ones. You’ll trust your partner and yourself more, knowing that you can fully cope with possible disagreements. As a result, you’ll no longer delay difficult conversations with your loved one. You’ll understand that it’s better not to accumulate negative emotions, and you should find out what’s wrong as early as possible.

You’ll feel much better after an argument

If you manage to express your emotions and lay off steam, you’ll get rid of tension, anxiety, and fear. This will positively affect both your mental and physical health. Of course, this doesn’t mean that you need to pour all your toxic thoughts on your partner. Although sometimes it’s better to express everything that bothers you than keep it inside and wait until everything settles down by itself. 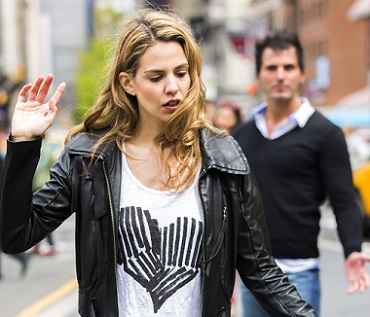 The golden rule of ethics rarely works in real-life quarrels. How to argue in a relationship then? A too cautious conversation will lead to nothing. That’s why it’s better to release all emotions to finally figure out what's wrong. The only rule you should follow is not to throw heavy objects at your partner. Be noisy, slam doors, swear. Do anything you want if you feel that it will help.

Your partner will know your thoughts and feelings

No matter how close you are, your partner can’t read your thoughts. She probably just doesn’t know how much this or that problem hurts you. But here’s the question: how to convey your thoughts to your partner, so that she takes them right and with no offense, especially if your complaints concern her? How not to hurt her feelings? Is it healthy to argue in a relationship in this case? Try not to blame her; talk about your feelings and how your partner’s behavior is reflected on you. For example, you can say: “I'm fed up with your work.” A correct phrase, conveying the same idea, will sound like this: “I’m so upset that you come home late. I’d like to spend more time together.”

They say that quarrels show all our worst traits. But arguments can also discover our best qualities if we cope with the bad ones. So, how to argue less in a relationship? Just keep arguing until you sort everything out.

During quarrels, you find out what is important for your partner, what she likes, what she wants, how she sets boundaries, how flexible she is, and what she needs to feel better. For instance, if you argue because your loved one leaves her dirty clothes around the house, this doesn’t mean that the problem is in her attitude towards cleanliness. Perhaps the reason lies in respect to personal space.

After the argument, you’ll know that quarrels like the one you had can’t destroy your relationship. When the next conflict arises, you won’t be afraid of the consequences in the form of a possible breakup. You won’t worry that you can end your relationship because neither you nor your partner want to do it. None of you will allow any argument to destroy what you have.

You’ll understand that your partner is a unique personality

Arguments quickly dispel the illusion that you have already achieved full mutual understanding. It will be even better if this never happens. So you can learn from each other all your life. You just need to understand how to argue effectively in a relationship.

You’ll learn to focus on the most important thing: the fact that your loved one is very important to you, and you want her to be happy. So you’ll become more patient, understanding, and caring and learn what true love means. Arguing is like forging a sword out of steel. Only after hardening can you get a real work of art that can withstand anything. The same goes for your relationship. But is it healthy to argue in a relationship every day? No.

You’ll understand that you don’t have to be perfect

You’ll never be bored in the relationship

If you constantly argue with your partner, then you’ll never get bored with each other. Sure, you don’t have to yell at each other all the time. But a healthy discussion will keep your relationship alive; it always does. Occasional quarrels will keep you in shape. How often should you argue in a relationship? It’s a rather strange question, as there can’t be a schedule for arguments. But if you feel that something’s brewing between you and your partner, it’s better to sort everything out at once.

Your views on some important issues can be completely opposite, but this doesn’t mean that you don’t have enough respect for each other. Mutual respect is absolutely necessary for a healthy and long-lasting relationship. You can disagree on certain issues, but you both know that it's better to find out what bothers you than build walls. And this knowledge opens broader horizons in your relationship.

If you don’t fight some problems together, preferring to argue over them, it’s also good. You argue, but you’re still together! This means that you have something which is worth fighting for. If both of you can tell each other everything that's on your mind, then you don’t have any secrets that can break your relationship.