Why Can’t I Get Over My Ex?

Probably everyone is familiar with this state when you endlessly think about some person and you can’t throw him or her out of your head. This begins to affect your entire life and create a lot of problems that prevent you from leading a normal life. So, how to get out of this state and find the strength to return to yourself and your previous life? 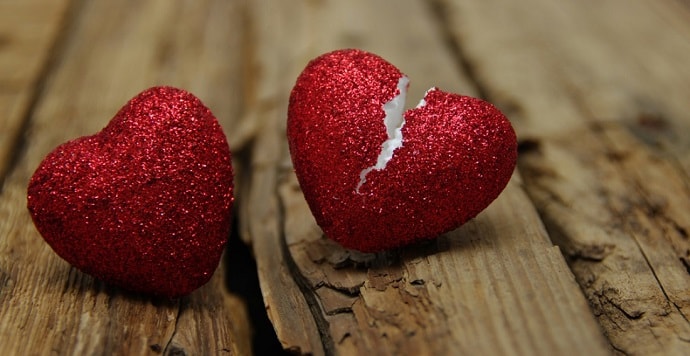 Why do guys stay in touch with ex-girlfriends?

The words “let’s remain friends” are one of the most common phrases when people break up. But if you believe in reality, these are perhaps the most dishonest words. Practice shows that exes rarely become friends. Let’s figure out why people still want to stay in touch with their exes.

Why do I keep dreaming about my ex? Most guys don’t want to miss good sex and if a relationship doesn’t work out, they will try to save at least sex. We miss not our exes but sex with them.

Maybe you became fat or bald. Maybe you lost a lot of friends who supported your ego and many potential mistresses who found better men. And she, on the contrary, became prettier and had a lot of admirers. And then many men want to return to such girls, in order to return some attention to themselves.

You left her because you thought she didn’t deserve your time. Maybe you were even ashamed of her in front of others. And now you noticed that she became successful, remembered how she loved you and decided that not everything is so bad.

4. A new girlfriend left you

You are torn between several options but in the end, you remain with nothing. You come up with the words: “I had a difficult period” or “I didn’t appreciate what I had.” And want to start a relationship again.

5. You want to control your ex

Why do I still think about my ex? If you come back just when a girl starts forgetting you, then it is obvious that you just don’t want to let her out of your control. You don’t give anything more but actively prevent her from living her life. This is not true love.

6. You don’t want to start all over again, but realize it's too late

Men find it very difficult to meet new girls. At first, it seems to you that some other girl is better but in fact, after a breakup, you understand how much effort is spent on that relationship and you don’t want to spend so much energy on a new unknown person again.

Maybe she lost a lot of weight after a breakup or she just took care of herself, changed her style, and became more confident. Then you will definitely want to know the “new her”. But this is only a superficial, physical desire.

8. You miss all that good between you

It seemed to you that you missed your bachelor life, but in fact, upon becoming lonely, you understood what you lost and how good it was.

Men, like hunters, like the taste of chase. When you were together, she was completely at your disposal. But now she is inaccessible and this is a new challenge for you.

10. You want to flatter yourself

Why do I still love my ex? Maybe because you want to prove to yourself that you can return her if you want to. You want to flatter yourself that she can’t forget you and are ready to come back. It is cruel, but it happens.

Why do I miss my ex?

50% of couples believe that a breakup can happen only in case of cheating of one of the partners, and 30% are sure that household problems can affect a relationship in this way! Probably, many faced such a situation when everything started happily at the beginning of a relationship and eventually partners lost interest in one another, frequent conflicts and grievances began, and as a result, there was a breakup. But why do people miss their exes after a breakup? Let’s look at the most frequent reasons for this and try to prevent a negative situation.

Very often it happens that after a breakup, former lovers want to return everything back. They think that a breakup was a mistake and that they need to be together again. Why is this happening? Where did the problems disappear, because of which they broke up? In fact, when we break up with a loved one and stay alone, we feel how much we miss him or her. Insults are forgotten, quarrels no longer seem so terrible, but with light sadness, you begin to recall all the good things that you had. And feeding yourself with pleasant memories from a past life, you begin to think that you still love him/her, that a person is your only one and you can’t lose him/her. Men also have a hard time experiencing a breakup. We just don’t tend to show our feelings.

By releasing the anger that has accumulated on an ex-girlfriend, we also begin to remember the happy days of living together, get bored and feed ourselves with illusions. And at this dangerous moment, one of the two takes the first step. And then exes decide that they still love each other and that this time they will be really happy together. But some time later, they still break up.

Why is this happening? In fact, this is simply explained: we want to be happy, but we are lazy to do something for our own happiness. Renewing relations, in a fit of euphoria, people enjoy each other, instead of first solving the problems that caused a breakup. They want to be together but neither wants to make concessions and try to change. Also, many don’t know how to put an end to a relationship. And when some questions remain open even after a breakup, former lovers tirelessly attracts each other.

“Why do I miss my ex so much?” – You may ask. Actually, we miss a person only when we are lonely. This is a sure way to distinguish true love from fiction. If you start to think about past relationships only when you feel sad or alone, there can be no question of any love. The same thing happens when a whole mountain of problems hits you. You even have no one to complain about life and why not remember an ex? Believe us, this is not the best idea. When life becomes hard, we all want to have somebody nearby. But this is not love. However, this moment is very unreliable because it consists of our fragile memories, which we sometimes run away from. On the other hand, if you remember your loved one not only in times of trouble but also in joy, then you can be sure that you still love. If at moments when you are directly captivated by the spirit of happiness, the thoughts like “How nice it would be to share this happiness with her” and “Why can’t I move on from my ex?” come to you, then you really loved and, perhaps, still love this woman.

In order not to fall into the trap of your own illusions, no matter how you would like to resume a relationship, never forget the reasons for which you broke up. And if you think that you can change your attitude towards them or are sure that now you can solve the accumulated problems, then everything can turn out. The main thing is for your woman to understand that a new life needs to be built according to new rules.

Why am I still in love with my ex?

Do you know the situation when you broke up with a girlfriend but you can’t forget a person in any way? Psychologists are sure that there can be several reasons and none of them is connected with feelings. Even the desire to follow the exes’ profiles in social networks has its own explanation. We decided to sort out everything: 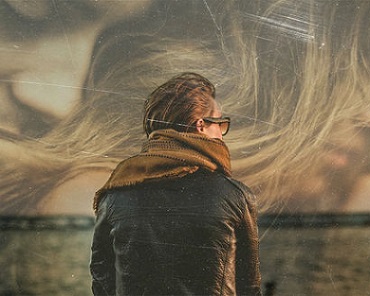 You were building joint plans, already imagining yourself a happily married couple surrounded by children and envious looks of neighbors. Of course, it’s hard to refuse the dream you cherished for so long, so the idea of rapprochement will come again and again. One famous psychotherapist considered it the cause of neuroses and psychological blocks. To solve the problem, you must realize your need, formulate it clearly and let it go, and create new, realistic desires in its place. In order not to hurt, you need to understand that not all our intentions must be fulfilled. And next time, don’t run ahead and ask a woman for something that she simply is not ready to give to you.

Some people put relationships above all, make them the meaning of their lives. In this case, a breakup can become a collapse of the whole world and attempts of reunification will seem to be the only chance of salvation. Psychologists are advised to learn how to correctly prioritize, flexibly change them during life, depending on the circumstances and never go to extremes: a partner shouldn’t be in the first place – in a harmonious union, both people are equal and have their goals.

Any relationship creates a certain comfort zone, which is very difficult to leave: well-established everyday life, joint purchases, common friends and interests. After a breakup, we want to return stability, the usual rhythm, because building a new one is difficult. But, on the other hand, psychologists are sure that development is possible only outside the comfort zone. Maybe the past relationship held you back and it’s time to stop remembering about it and discover something fundamentally new?

Often, love is confused with emotional dependence. But if a loving person can let go, then a dependent is ready to make any sacrifices in order to maintain relations. Italian psychiatrists saw the cause of emotional dependence in unhealthy relationships with parents who are unconsciously transferred to a partner. If in childhood, a person had traumatic relationships with parents, then in adulthood it can bring to life various difficulties. They believed that the realization of children’s desires and their gradual revision would help to free themselves from love dependence.

Uncertainty about a new partner

When things are not going smoothly in relationships, people tend to remember former lovers, compare them with their partners, and follow them on Facebook. One psychologist calls the desire to go to the pages of former partners “discontent heart” and advises looking for the cause in their present, not past relationships. In addition, the study of the “online behavior” of people shows that cyberstalking (using the Internet to stalk a person) depresses the psyche even more. Scientists have noticed that in the era of social networks, it became more difficult to properly break up. They advise not to succumb to the temptation to spy on social networks.

Psychologists believe that the nature of jealousy comes from the primitive desire to compete, to be an “alpha”. And then you think “Why is my ex so mean to me?” Even after a breakup with a partner, some continue to be jealous and not give freedom. In this case, you need to reconsider your views on building relationships. Erich Fromm in his book “To be or to have?” wrote that people are driven by one of these two attitudes. The establishment of “to have” is based on selfishness. And in order to create a harmonious relationship, you need “to be”: a spouse and a loving person. But first of all, you need to give, not receive.