Despite the fact that the Olympic Games 2018 were held in winter, the participants without any doubts made the even hot! 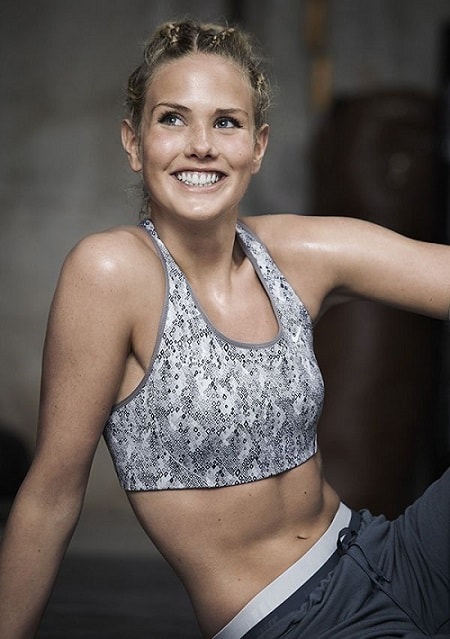 The Norwegian snowboarder enslaves with her appearance: blonde hair, sky-blue eyes, and snow-white smile! This girl should at least work as a top model, but, in fact, she professionally conquers the snow peaks. Well, Silje also deals with a fashion business. For instance, her pictures were printed on the pages of some magazines, as well as advertising posters.

Silje Norendal was born in Kongsberg, Norway. She got her first snowboard at the age of 4, but she was also engaged in other sports then. Still, no sport could surpass her enthusiasm for snowboarding. The international sport noticed Silje in 2007 when she debuted at the tournament in Kaprun. At the age of 17, Norendal became the youngest participant of Winter X Europe 2011 and won the silver at this prestigious event. Two years later, one of the hottest female Olympic athletes won the highest prize of the pedestal in European competitions, and a year later she won the gold at the World Extreme Games in Aspen.

In 2014, she took part in the Winter Olympic Games in Sochi. She took the final 11th place in slopestyle. At the Olympics-2018, Sillier Nordendal is declared in two disciplines: Slopestyle and Big-Air. 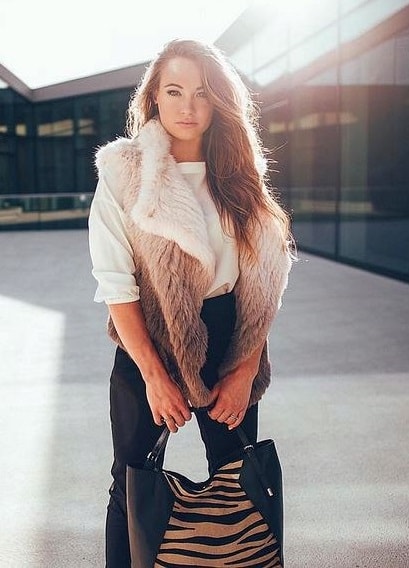 The hot Italian biathlete with a beautiful fit body deserves the title of one of the sexiest and the hottest female athletes. This is not surprising because Dorothea once even was offered to shot for the Italian Playboy magazine, but she refused. Now the sportswoman is married and happy.

Dorothea, being one of the sexiest female athletes, means a lot to the team. Thanks to her shooting in the mixed relay, Italy became the bronze medalist at the Winter Olympic Games in Sochi in 2014, and also took silver and bronze medals at the world championships. In addition, Wierer won the Small World Cup in 2016 in individual races. Wierer is from Brunico town, located in the Alpine area of Tyrol, in northern Italy. This region is inhabited by immigrants from Germany and Austria, hence Wierer is not a regular Mediterranean name. By the way, the name Dorothea also tells about the German roots of the athlete. Since childhood, she has spoken both Italian and German, and still remains bilingual. In addition, Wierer is fluent in English.

Being a little girl Dorothea adored playing football with boys, and was pretty good at it, and was considered to be one of the strongest players in the team. Her history in biathlon started due to the persuasions of her older brother - he had already been training to ski and shoot for several years then and decided to attach his sister to that exotic sport for an Italian. Wierer started skiing when she was 10, then she participated in her first competitions, but could not hit a single target.

Who knew that in a few years Wierer, being one of the hottest female athletes, will become Italy's most promising biathlete and the fastest female athlete participating the World Cup. At the junior level, Wierer won a bunch of medals, and in 2011 she became the Junior World Champion. After that, the athlete has dived into the big sport. It is worth adding that the girl did not forget about education and graduated the University with a specialization in Tax and Customs Service. 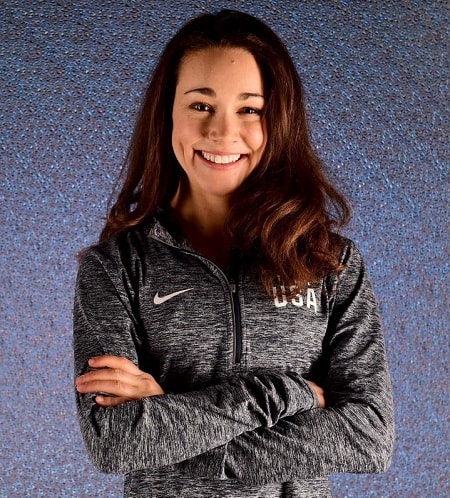 The World champion and winner of the World Cup is a stunning decoration for the American team! Sarah, being one of the hottest female athletes in bikinis, specializes in ski jumping. Her willpower and an amazing smile have become her deadly weapon.

Sarah grew up in a sporting family. Her elder brother brought her in skiing at the age of 8 years. She began her training in a sports complex in Utah.

She made her big sport debut in 2008 season, winning a prize in the national championship and having the 16th position at the junior world championships. In 2009 she began participating in the continental cup. At the same time, at the age of 15, she began performing among adults. The first success came at the summer competition in Lillehammer. In 2010, she finished third in the junior world championships. On December 3, 2011, Sara gained the first victory at the World Cup competitions. From this moment she is constantly on the leading role in female ski jumping.

In 2013, Sarah won gold at the World Championships in Fiemme Valley, competing with Sarah Takanashi from Japan. Her first attempt on the 90-meter springboard showed a range of 106 meters. Sarah owns an absolute record on the 95-meter springboard (among women and men), established on January 15, 2012. Sarah graduated from Sports School in Park City (The Winter Sports School in Park City). In addition to ski jumping, Sarah plays football. 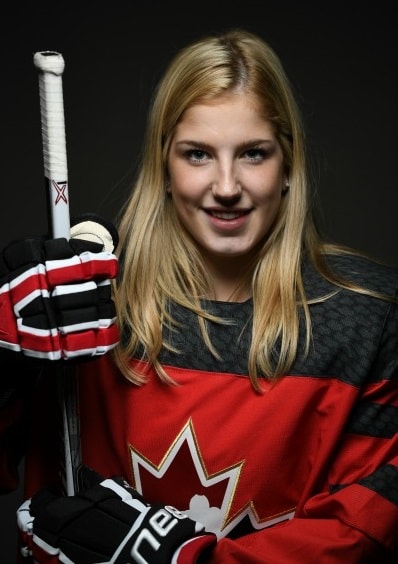 If you think that hockey is a male sport, then you are mistaken. Sexy female athletes are also engaged and successfully play hockey. A vivid example is the 20-year-old Canadian, Sarah Potomac.

Getting into a strong Canadian team is not an easy task. A 19-year-old Sarah for the first time in her career took part in the adult world championship. The girl is studying at the Minnesota University and plays for the student team. Previously, she won gold at the Youth World Cup. Sarah has a really sporting family - two older brothers and a younger sister also play hockey, but they can only dream about such a success.

The American snowboarder, performing in Snowboard Cross, Halfpipe and Slopestyle disciplines. Lindsey is one of those hot female athletes in Winter Olympics 2018.

Jacobellis showed a canonical example of how to lose the Olympics because of her own stupidity. Leading with a large distance in the final of the decisive Snowboard Cross race in Turin 2006, Lindsay decided to show off before the audience, performing an acrobatic element which was not obligatory in the cross; as a result, she fell on her back and let the athlete behind her win the cross. 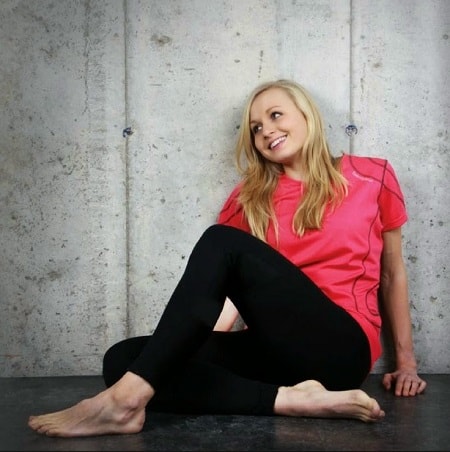 The pretty skater from Scandinavia is considered to be one of those beautiful female athletes on our list. She has participated in World and European championships since 2009, from the age of seventeen. In 2010, she was the second in the World Junior Championships at distances of 1000 and 1500 meters. At the 2010 Olympic Games in Vancouver, she participated in the 1000 and 1500 meters distances. In December 2011 she became the champion of Norway in the classic all-around. 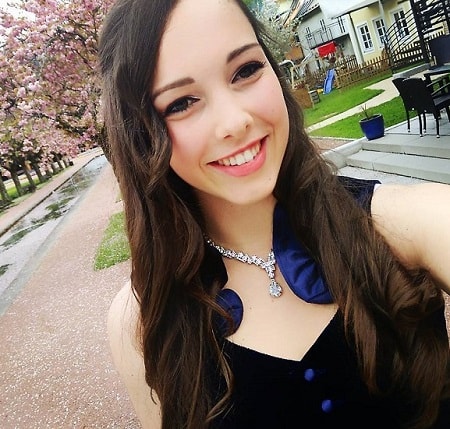 Anna has Czech roots and she is proud of this, but Olympic Games know her as one of the top female athletes representing Germany. They say that she has a great sporting future. She didn’t win any serious awards at her first Games, but she was quite capable of winning the hearts of her fans around the world. 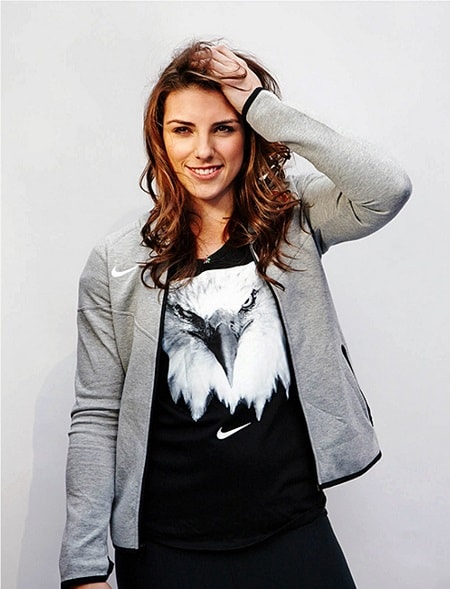 The leader of the US women's national hockey team is one of the most famous female athletes. She fearlessly fights opponents on the ice and does not hesitate to show a naked body in frank photo sessions. This is why you may also know her as one of those sexy nude female athletes. She has two Olympic silver medals (2010 and 2014). 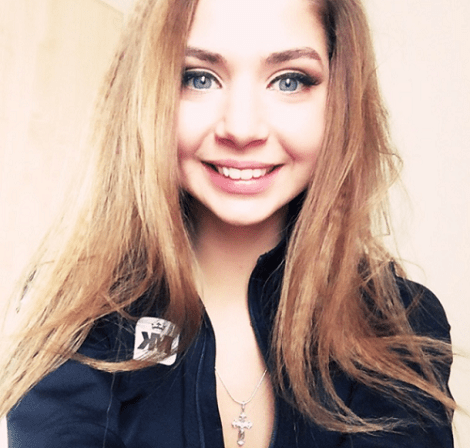 This is a beautiful figure skating athlete from Ukraine. Last November, Nazarova and her partner Nikitin were the sixth in the NHK Trophy in Osaka, Japan. This is their best result.

An inspiring history of women in the Olympics

During the ancient Olympic Games, women were forbidden not only to take part in the Olympic Games but even watch the games. An exception in ancient times included the priestesses of Demeter (goddess of fertility). If during the Games a woman was found at the stadium, according to the present law of those times, she had to jump from a high cliff. This rule was violated only once. There are two versions of when and how a woman made her way to the Olympic Games. The first version: The woman, whose husband, brother and father were Olympic champions engaged in training her own son, was wishing to see him at the performance of the Olympic Games. She made her way to the games dressed as a coach.

Coaches were present on the field separately, they watched their wards. Her son was declared the Olympic champion, and she had been waiting for so long that she could not stand it and ran out into the field. She ran across the field to her son to congratulate him first on such an honorable victory. On the way, the men's clothes fell off her, and everyone saw that there was a woman in the stadium. The judges were in a very difficult situation. According to the law, it was necessary to kill her, but she is a wife, sister, and daughter, and besides, she is still the mother of Olympic champions! And therefore, she was spared, and since that day a new Olympic rule was introduced, saying that not only athletes but their coaches should be absolutely naked during the Games to prevent such situations in future.

The second version: A woman, named Calipatria, being the wife and mother of Olympic champions, decided to participate in a race of runners. She was identified and legally sentenced to death - a brave athlete had to be thrown off the cliff into the abyss. But, given that the husband of Calipatria was the Olympic champion, and her sons were the winners, the judges pardoned her. But the board obliged athletes to participate in the games naked, in order to avoid the recurrence of such a situation.

Girls in ancient Greece were not averse to sports, and they liked to compete. Therefore, they participated in the games devoted to Hera goddess. They competed in running, wrestling and chariot races, which took place at the same stadium a month before or one month after the competition of male athletes.