How to Defend Yourself Against Gaslighting

Imagine the situation. In the heat of a quarrel, you ask your husband (wife, parent, friend), "Do you remember how you got angry in the same situation last time?" And they answer to you, “What are you talking about? There was nothing like that.” You insist while your opponent looks at you in bewilderment, forcing you to doubt your own memory, adequacy, and sanity.

Has it happened to you? Surely it happened. Such incidents occur every now and then. The reasons may be different, for example, the other person really does not remember what happened, they interpret the incident in their own way, or they are simply ashamed to admit that they are wrong. But there are situations when surrounding people, usually close ones, systematically deny the reality of our perception. This process is known as gaslighting someone.

For such situations, there is the term "gaslighting." Why is it called gaslighting? Its origin is connected with the film "Gas Light" (directed by George Cukor, 1944). It shows how one person can settle the doubts about the adequacy of another and almost drive them mad, constantly not confirming the reality of the surrounding events. However, if you want to find about it yourself, you should probably watch the movie. Let me just say that it won two Oscars, including one by Ingrid Bergman for the fantastic performance.

So, gaslighting is a form of psychological violence, in which the main role is played by the denial of reality. In everyday life, there are different gaslighting techniques, for example:

These gaslighting tactics emphasize the inadequacy of perception, they damage the emotional state and cause possible mental illness (“Listen, are you acting quite strange as of late, your grandfather had the same symptoms,” “This is not your tiredness, but your depression talking instead.”).

This form of communication can be used by spouses or partners in relation to each other, and parents can use it toward their children. Often, this leads a victim to serious psychological and emotional problems.

When it comes to gaslighting psychology, in my practice as a psychotherapist, I have met many similar cases. Parents who deny the facts of physical abuse of a child. Relatives who are accusing an incest victim of insanity. A husband who considers any tears and dissatisfaction of his wife as manifestations of severe depression and brushing off discussion of conflict situations.

I should warn you against accusing these people of deliberate psychological abuse. Not everyone, unlike the character from the "Gas Light," does it intentionally (although this also happens). Usually, a strong fear behind gaslighting is to acknowledge one’s own contribution to a problem and to lose one’s own dignity.

Now for some signs of gaslighting.

There are lots of forms of it. An abuser can use the standard approach, improved in past relationships, or look for a special approach to a particular person.

One can recognize the gaslighters on the grounds described by Robin Stern.

Gaslighters often lie or exaggerate as well as throw up a scandal when they are being criticized. According to them, the problem is not in them, but in you. They use victim labeling as part of the strategy. “You are reacting too violently” and “Don't be such a sissy” – these are the favorite gaslighting phrases.

They do not respect personal boundaries. This can be expressed both physically and mentally. For example, you refuse to your partner in intimacy, but they insist on physical contact, or the boss continues to make fun of your mistakes after you have said that it is unpleasant for you.

They love to dominate and control. Their goal is to make you addicted and chained to yourself. The reason for this may be their desire to maintain the structure of power at the state level or in the workplace or to fuel their ego.

Can gaslighting really drive you crazy? It’s a controversial issue. Renowned psychiatrist and psychotherapist Ronald Laing proposed the term "non-confirmation." Laing and other representatives of the communication approach in psychiatry believed that every person needs "confirmation" in the broad sense of the word. 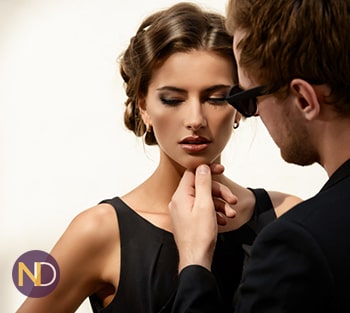 Confirmation that I exist, that I am needed, confirmation of the adequacy of my statements, the normality of my perception. We periodically “check clocks” with other people, check our coordinate system. Laing and his colleagues found that the opposite situation is widespread in families of patients with schizophrenia where there is a non-confirmation of reality.

In the book Sanity, Madness and the Family, he cites excerpts from conversations with families of schizophrenic patients. The interactions described in the book are quite complex, and there is often a lack of confirmation by relatives of not only the facts but even the ability of a patient to think for themselves, “I know that you really don’t think of it this way. It seems to you that you do, but you actually don’t.”

The work of Laing in the 60s of the XX century made a real revolution in Western psychiatry. Now it becomes clear that the situation is more complicated than it seemed before. Parents do not specifically want to drive their children crazy, not in all cases there are pathological communications in such families, and genetic factors play an important role in the development of schizophrenia.

Therefore, when answering the question of whether gaslighting can drive one crazy, one can say that theoretically, this is possible under the condition of a predisposition to schizophrenia. Most often, gaslighting victims develop anxiety and depressive disorders. Recovering from gaslighting may be hard.

It often happens that a person, practicing gaslighting realizes this only after a session with a psychotherapist.

A terrible example is the Zersetzung technique (in German, “rust, decomposition”), which was used by the Stasi staff in the GDR. In order to demoralize a certain person, they were subjected to psychological pressure.

Strange things were happening in the house - some plates were replaced by others, suddenly a picture appeared that had never existed there before. On the street, strangers called a person by another name. There were strange calls in the middle of the night, home appliances and cars were constantly breaking. Such events completely demoralized a person and, together with other methods (compromising evidence, threats to relatives), often became the cause of suicide.

Now for some examples of gaslighting in a relationship.

A prerequisite for gaslighting is a consent to participate in this “game” of another person, obedience to the manipulator.

What is gaslighting in a relationship? For example, a wife prefers to silently endure another attack of her husband’s moral mockery because she depends on him financially, for the sake of the children or due to the fear of being abandoned.

But it only encourages an abuser. They seek to unbalance their partner at any cost and then shift the blame on them for having any sort of violent reaction. And thus, they once again prove their alleged rightness that a person has mental problems.

The need to manipulate and humiliate arises from the reluctance to realize that a relationship has a problem. Due to low self-esteem, fear of losing a beautiful and intelligent partner, the envy of their success. The reason is often the childhood traumas and emotional inaccessibility of parents.

In their reproaches, in order to annoy a person, aggressors, as a rule, appeal to the fact that a person is not able to change by age, sex, origin, physiological characteristics.

“How can you behave this way, you are a woman!”, “Do not quarrel with children, you are a mother!”, “Look at yourself – who the hell are you?” Do these sound like familiar arguments to you?

But gaslighting is not even about loud disagreements. 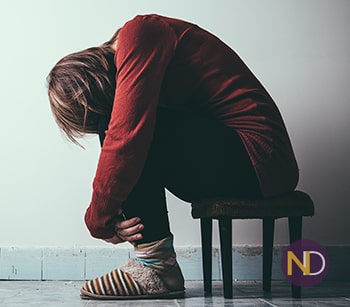 They say that people who are not indifferent to each other, are quarreling because of the lack of sharp emotions. But they do not know how to experience them differently.

Yes, reconciliation after the storm is sweet. A healthy “showdown” is when a husband and wife are on equal terms and can say to each other everything that has been bothering them.

In our case, we are dealing with oppression, an attempt to psychologically stronger people to subdue the weak ones. To make them seem like fools.

This ability to say something with a smile is disgusting, a mockery will pass off as care. Here, not insults are used, but, for example, eloquent silence, when a victim enters the classroom or office.

It could be laughter behind your back and the assurance that no one laughed. Or fake-sympathetic questions when a person seems to be sad, only then to mock them afterward.

How to Stop Gaslighting in a Relationship?

But if you go back to the more common forms of this phenomenon, the question arises, "Is it possible to resist gaslighting? How to defend yourself against gaslighting?"