What Is Emotional Labor in Relationships?

“Hey, girl, put on a happy face!” Each girl must have received such advice from an unfamiliar man on the street, although it would seem what the hell. Women are expected by default to be benevolent and able to smooth out conflicts. This is what the former Google employee James Daimor wrote in his letter: he was fired for a manifesto, where he claimed that the problem of sexism in the IT field was greatly exaggerated, and women should concentrate on work in the field of communications because “they have this is a natural tendency.”

The blind and often unreflected belief that women are naturally better able to communicate, help and support, of course, has nothing to do with gender, but it has long been a habit among most people. As a result, women willingly or not take gratuitous care for the emotions of others - the so-called emotional labor - as a given. Let’s first find out the answer to the question, "What is emotional labor?" 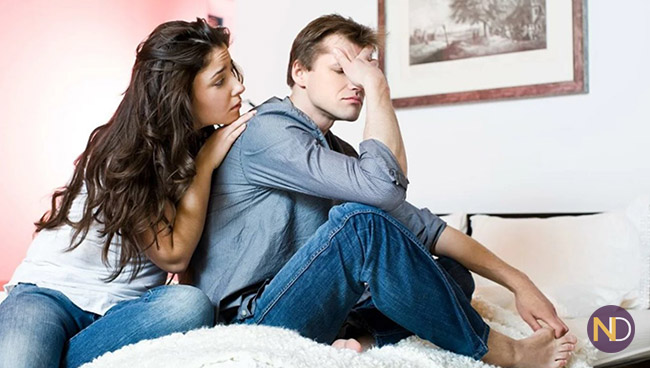 What Is Emotional Labor?

Before we talk about the emotional labor in relationships, let’s talk about the definition of it. What is the emotional labor of women? Sociologist Arly Hochschild, in her book The Managed Heart, explored how people's lives change when the service sector begins to dominate the economy. It turned out that representatives of some professions (for example, flight attendants and collectors) were forced to especially actively control or even imitate emotions, adapting to the mood of customers to successfully fulfill their duties. Hochschild was worried about how emotional labor at work affects the personal lives of employees, what expectations they put forward depending on gender, origin, and income. After Hochschild, the phenomenon of emotional labor was actively investigated, however, only from the point of view of behavior in the workplace.

A couple of years ago, society began to perceive emotional labor as a broader problem - a kind of bias that developed in the relationship between men and women, where the latter ones do more “emotional work.” For example, a woman is expected to create a comfortable atmosphere in a relationship, support a man on the path to success, and take care of older relatives or young children. The list goes on and on, but this is not just about family relationships. Often you have to deal with emotional labor at work, from collecting money for gifts to colleagues, ending with unexpected planning of corporate and field events.

Emotional labor is an “invisible” work, and it is well illustrated by folk wisdom, which encourages the husband to be the head and the wife to be the neck. Such a gray cardinal who foresees all the feelings of a partner and directs them in the right direction. It is about toxic stereotypes about a “real woman,” who always has the wisdom to keep her family, comfort, and warmth in the house. In general, while men were allowed to openly experience only two emotions - stoic calm and righteous anger, women were asked to deal with everything else. American psychotherapist Christine Hutchison believes that even trips to a family psychotherapist are most often initiated by women.

“We continue to support the false idea that women feel, express, and manage emotions better than men. We just blame women for all the responsibility for the relationship, while men simply give in,” said sociologist Lisa Hübner from West Chester University. Thus, men can initially step back from working on relationships, drown out or not cultivate empathy in themselves, and simply ignore their own emotions. The patriarchal culture does not encourage and often even condemns it - it leads not only to problems in communication but also to growing internal contradictions that do not find a way out. 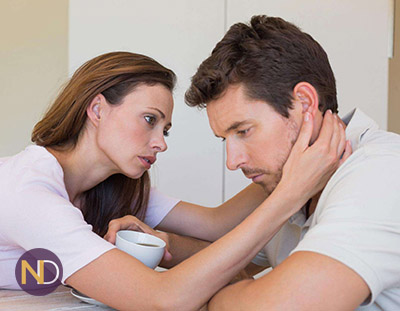 Be nice, take endless care, maintain a friendly atmosphere and do it throughout your life. Emotional labor is the expenditure of energy and time for satisfying people's feelings, for creating comfortable conditions for them, or for living according to social expectations. It is called “emotional” because it ultimately uses and often depletes emotional resources. Here’s an emotional labor checklist.

Worries about a partner

It is the first one of the examples of emotional labor. Men expect women to start important conversations. For example, about what rules they should observe in a couple, where their relationships are going, and how to resolve conflicts. It is believed that girls should keep in mind all domestic issues and remind men of the promises of a partner who took over part of household duties. If they say that they will pick up the delivery, they will always take out the trash or call your common friends, women often hear, "I will do it, just remind me of this." If women talk about what they lack in a relationship, then they run the risk of hearing that they are "moaning."

Caring for the sick and children

If women have relatives or friends with physical or mental illnesses, they are more likely to turn to them to take care of them. Women are more often than men asked to look after, entertain or help younger brothers and sisters and other children because people assume that women should automatically love children and, naturally, cherish them.

In the company of friends, it is expected that one of the women will undertake the organization of a general meeting, take care of the climate inside the company and comfort if there is a confrontation or personal drama between the invitees. Women are expected to “smooth corners” and prevent disagreements. Women are expected to constantly ask questions and express their thoughts to keep up the conversation, while men often avoid this by giving monosyllabic answers and expecting someone else to ask a question. Friends unload their problems on them - sometimes serious problems that they are not trained to deal with - without agreeing in advance and often expecting an immediate response.

Here’s another thing you should know about emotional labor at home. Women are more condemned than men for lack of social skills and criticized if they are not sentimental and cold, so they make great efforts to meet expectations during communication.

Women are more condemned if they do not keep their living space clean, poorly prepared, "bad housewives" or not enough to entertain their guests. People often tell them to smile and do something else with their appearance and behavior.

At work, women have to make efforts to express their ideas not too aggressively, otherwise, they will be considered "aggressive." At the same time, they must make efforts to be assertive enough, not to apologize too much, and in general, to behave in such a way that they are not considered "feminine," and therefore, bad leaders.

If you are the one from whom tons of emotional work are not usually required, take part of it on yourself. For example, if you are a man and you have children, take on at least half of the responsibilities for caring for them. If you are heterosexual and want to better understand the difficulties of lesbians and bisexuals, google before asking your friends.

Remember that one of the manifestations of the imbalance in emotional work is that it is the person who makes the bulk of it who has to start all these conversations and tell you that they are already crazy about the amount of emotional work that they have to do.

Break this circle. Raise this topic yourself and ask your partner what they think about it. Remember that many people who do the bulk of the emotional work, especially women, may initially say that everything is okay, even if they actually feel that it is not. Give them the opportunity to change their minds when they feel more comfortable with you, and then don’t say things like, “You said before that everything was all right!”

Emotional labor exacerbates gender stereotypes regarding career preferences. For example, pleasant and caring behavior is expected from the stewardess, and it is associated with the imaginary “predisposition” of women to caring for children. In turn, this leads to the opinion that the work of a flight attendant is exclusively a female profession. 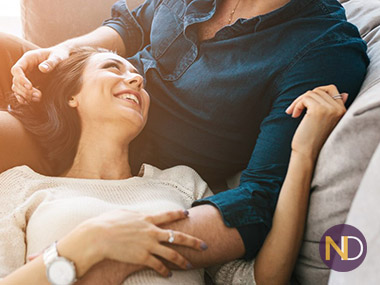 Emotional labor is found not only at work but also at home. A woman can take on not only most of the household duties but also everyday management, for example, tracking the schedule of each family member and connecting them together. That’s the nature of emotional labor in marriage. It should be understood that the mother, who was entrusted with managing the schedule of her loved ones, is experiencing a completely different type of stress that the administrator in the office may experience because of the emotional connection and dependence on relatives.

Of course, emotional labor can be performed by a person of any gender - which of us did not mask our dissatisfaction with an uncomfortable gift? Most often, we do this because we strive to maintain a healthy relationship and believe that this concern is extremely important.

What could be an example of such work?

Please note that emotional work does not include situations in which you ask a partner for a certain service and they agree to fulfill this request. It is only about who takes the initiative more in your relationship. Journalist Gemma Hartley shared her experience of celebrating Mother's Day, writing an essay on women's responsibilities,

"Two days ago, he removed the gift box from the top shelf of the wardrobe and put it on the floor of the dressing room. To get her back, I had to take a chair from the kitchen, drag it into the wardrobe, so that I could reach the top. He looked at how I was doing this and asked, “Why didn’t you ask me about this?” It was obvious that the box was out of place and needed to be removed, and he could do it easily by spending a few seconds. But he chose to deliberately go around her for the next two days."

Whether we are talking about emotional labor in friendships or relationships, emotional labor affects all women. Now women, indeed, are much more likely to work in fields that require emotional care. Nannies, nurses, kindergarten teachers are mostly women, and this situation is unlikely to change in the near future. However, researchers are inclined to the idea that in the future, when robots and machines will take over the work, emotional labor will remain almost the only area where a person can apply their unique skills: empathy and sincere concern for others.