Why are we drawn like a magnet to some people? We notice them in the crowd and want to know better. To interesting people, we are attracted on a platonic level, and this attraction usually results in a friendship. We are attracted to beautiful people who are pleasant just to look at. To the opposite sex, we are usually attracted sexually or romantically. How does it work? It’s time to gain insight into this ever timely subject.

The Nature of Sexual Attraction: Biology and Psychology

Why are we attracted to some kind of people and indifferent to another? Is it that notorious chemistry? In order to gain insight into the mechanisms of attraction, we need to resort both to biology and psychology.

You might have heard that everyone has their own scent. It has nothing to do with perfumes. We smell it on a different level, just like animals. If two people have matching natural smells, they will feel a mutual attraction. This is one of the explanations of how the process of falling in love goes. In fact, that scent is actually the pheromones contained in sweat and body fluids. Some pheromones allegedly cause sexual attraction. This is another piece of evidence that our subconsciousness has a great influence on our behavior and actions.

The intensity of female sex appeal increases during the ovulation phase of a menstrual cycle. Men find the ovulating women more attractive, because they can “smell” the pheromones produced by women’s bodies in this period. The phase of ovulation is the most fertile point in a woman’s menstrual cycle. In the course of one experiment, men were asked to smell the T-shirts of ovulating women and women in their infertile phases. Most men confirmed that clothes of ovulating women smelled more pleasant to them. Also, in her fertility phase, a woman appears more attractive and her voice sounds more seductive.

Women are attracted to manly men. They view broad shoulders, athletic physique, and masculine facial features as the signs of a healthy male and procreator. Here, their ancient instincts evoke instant attraction to this kind of man. According to the experts in the field of sexual attraction psychology, appearance and pheromones are not the only things that make us want a particular person. 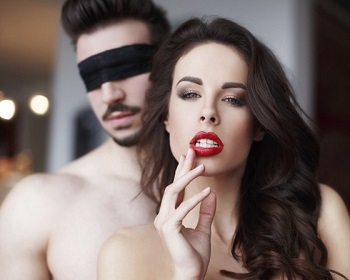 Personal qualities are alluring too. In one study, the male participants were shown pictures of women with neutral facial expressions and asked to assess them. Then, the researchers added descriptions to some photos and showed them to the participants. Men found women with positive qualities (indicated in the descriptions) more attractive, while women with negative qualities, such as dishonesty and greediness, received fewer points. It means that a kind woman automatically appears more attractive in men’s eyes.

Although the science of sexual attraction can explain many things, yet there is nothing universal about it. Everything is strictly individual. Each of us has our own understanding of attractiveness, beauty, and sex appeal. You may fall for a woman with big breasts while your friend gets excited when he sees a woman in a uniform.

Want more facts about sexual attraction? Here are 11 documented findings that will shed more light on this topic.

Romantic Attraction Vs. Sexual Attraction: Is There a Difference Actually?

Attraction can be not necessarily sexual. There are other types of attraction. A platonic attraction is typical of friendship when two people are attracted to each other because they share common interests and have a good time together. An aesthetic attraction is the one you experience toward a person or thing. You can’t stop looking at this person or thing because you find them very beautiful. They evoke in you a desire to paint them or write a poem/book about them. 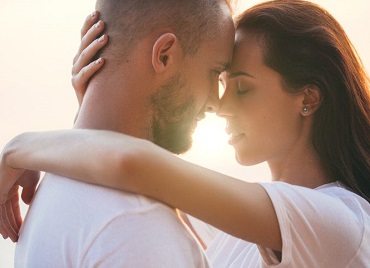 Unlike sexual attraction, where cuddling and kissing are the first steps towards achieving a “full-size” intimacy. A person can be only romantically attracted or only sexually attracted, or both. Romantic attraction is often similar to a platonic one if there is no physical attraction.

Romantic vs. sexual attraction? Which one is an essential element of a true love? A perfect combo includes all types of attraction. A healthy long-term relationship is possible if partners find each other physically attractive and are attracted on the emotional level. If there is no sexual desire, it’s rather a friendship than a loving relationship.

Signs of Sexual Attraction in Women

Women tend to be very reserved when it comes to expressing their sexual desire. Few of them will tell they are sexually attracted to you. But their bodies always give them away. If a woman wants to show that she likes you, she’ll start flirting with you, often on a subconscious level. Keep your eye on her behavior and body language signs to figure out whether she is attracted to you too.

She cuts the distance. Since a woman is too proud to say about her feelings directly, she’ll send signs of sexual attraction. One of them is getting closer to you. When you stand, she’ll come nearer, when you sit at the table, she’ll sit closer, when you walk, she’ll walk so closely that your elbows will touch. She’ll find every excuse to touch you: whether it will be adjusting your collar or sweeping the invisible particle of dust. Watch the frequency of her touches and pay attention to her body language to make sure she is really into you.

Your eyes often meet. An eye contact is another way women show their interest in men. She will be looking at you, but once you catch her gaze, she’ll look away. If you are attracted to her, start looking at her until your eyes meet. If she doesn’t look away this time, she’s more than interested in you.

She strikes up a conversation. Usually, women wait until a man walks up to them and starts a conversation. However, if she is overwhelmed with attraction, she’ll make the first move. She’ll compliment you on your style or some trait of character. She’ll start flirting with you, and flirting is a surefire sexual attraction sign.

She laughs at your jokes. She laughs even if your jokes are not that funny. There is a belief that women are attracted to funny guys. In fact, if a woman is attracted to a particular man, she automatically considers him and his jokes funny.

She smiles when you encounter. You may not say anything, but she smiles at you whenever you pass by. This one of the non-verbal female sexual attraction signs. Her smiling face means that she is romantically interested in you.

She asks more insightful questions. Asking personal questions is one of the intense sexual attraction signs. However, it rather indicates her platonic or romantic attraction, which is fundamental for women.

If you notice these sexual attraction signs in a woman, you can be relieved – she is interested in you. However, don’t take her accidental touch or compliment for a sign of strong attraction. Always pay attention to the context.